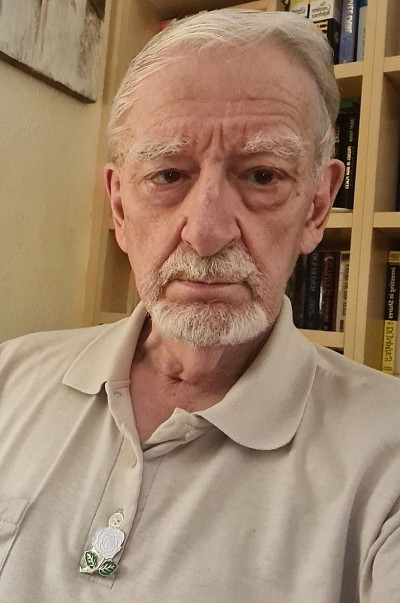 You may find this impossible to believe (from the photograph) but Andrew has a wicked sense of humour and is very approachable, if you're a Lion!

Former Fellow of The Association of Sales & Marketing Management and former Fellow of the Institute of Directors. Whilst a Computer Consultant, he had Nabisco and Bloombergs as clients.

Started the East Finchley "Archer" newspaper a couple of decades ago. It's still going strong! Andree left soon after and took over the printing of the now defunct PC User Group at £4,500 a month. Giving a profit of £2,000 a month after his salary of £500 a month. This was in the last century.

Met English! Married her, anglicised his name  (except Ampers - there's a story there} and they lived in North London most of the time since.

They were in Wuhan in 2019 when visiting China but wasn't introduced to Covid - honest! Ampers has travelled to Canada, USA, Mexico, All over Europe (loved Hungary) Russia, Southern Africa of course, Australia. Also St Helena, Tristan da Cuna, Accension and Canaries.

For those who are gluttons for punishmentv-his childhood!

Andrew Taylor is an Adopted name and was changed when he decided to marry an English girl and settled in the UK. Afrikaans names are difficult to pronounce and he was sick of spelling his name for people! But he kept his middle name as it was a reminder of his past. Amper is Afrikaans for "nearly". It was touch and go whether his mother and he would survive his birth. When his parents registered his birth, an 's' appeared at the end of Amper. So Ampers it was, and is.

Hos second language was learned when he was looked after by their Zulu maid until he went to boarding school at eight. Hos third l nguage, English was an additional extra language at school, and he was never very good at it.

He was brought up in Stellenbosch although he went to boarding school in Wellington (Cape). At 14 the family moved to Mouille Point in Cape Town. During his holidays he worked on deep sea fishing boats as general dogs body and tea boy and by 15 had earned enough to divorce his parents, leave school, and leave South Africa for the North. 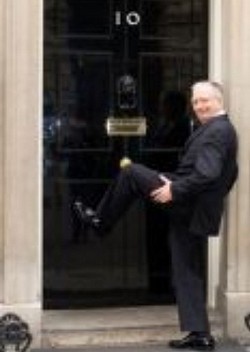 I tried, honest, however, the door won 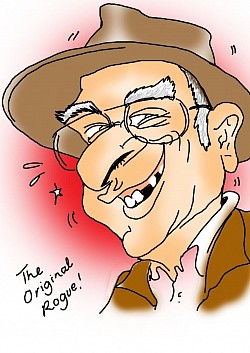 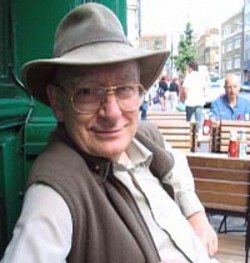 Coffee in W1
Made with SimDif